Amazon still has a ton of Cyber Week deals on: These are the best ones

Shop the weekend's best deals, from tech to beauty and beyond.

Gaming mice are different — faster, lighter, more responsive than standard mice — which means they're usually more expensive, too. Right now Amazon has five of the mice that made the cut in our productivity tests at discounts between 24 and 47 percent off. Some of the prices (like that of the Logitech G PRO X Superlight and G502 Lightspeed) are the lowest we've seen so far. 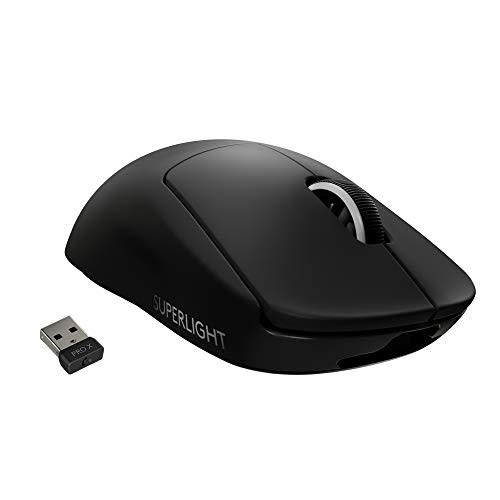 Get this 63-gram gaming mouse for the best deal we've seen so far.
$110 at Amazon

Our weekend editor Igor Bonifacic bought the Superlight for himself and uses it for both gaming and everyday computing. While he was impressed with the lightweight feel and accuracy, he also noted that it has "one of the best scroll wheels" he's ever used. Note that the mouse is not Bluetooth-compatible but uses radio frequency wireless connectivity for faster speeds. You'll need to use the included dongle, which stores in a clever magnetized compartment for travel. At $110, it's the lowest price we've seen so far and a full $50 off the usual MSRP.

Also on sale is the Viper Ultimate from Razer. In our testing, we gave it high marks for being a truly ambidextrous mouse with a light, 74-gram design that "glides across the desk, making it a pleasure to use for extended periods." It packs 70 hours of use on a charge and has eight programmable buttons to carry out in-game operations. At the usual list price of $130, it's pricey but worth it. At this sale price of $60, it's a much easier buy.

Two more gaming mice, the G502 Lightspeed from Logitech and Razer's Orochi V2 (in white and grey) are also discounted right now. The G502 comes with a bevy of gaming-focused features like removable weights and 11 customizable buttons. It's $60 off right now for an all-time-low of $90. For take-it-with-you gaming, the Orochi is a compact ultraportable with six buttons and a whopping 950-hour battery life. Snag this one for 30 percent off in the white or grey colorway.

While not a gaming mouse, Microsoft's Arc Mouse is a sleek and stylish travel pick that pops into an ergonomic arc, then packs flat when you need to take it with you. It's a Bluetooth mouse, with a trackpad area that allows for clicks as well as touch-generated scrolling. It takes two AAA batteries that'll last about six months. At 24 percent off, it's a great mobile mouse for less than $55.

If you want a more ergonomic work experience or need a mouse that's both precise and speedy for gaming, this is an ideal time for an upgrade.